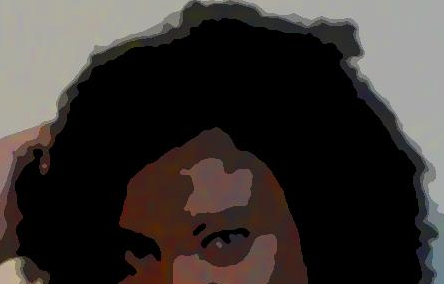 I pride myself in having a very good memory. I have a problem with remembering number sequences and birthdays, but apart from that, I have no problem telling you what you were wearing at a party 5 years ago, what you told me during a casual conversation 8 years ago and I’m sure I would be very good at picking criminals out of a police line- up.

I also have memories of events that took place when I was as little as one and a half or two years old . There have been several instances where I have looked at pictures from that time, knowing exactly why I was crying in the picture or remembering what I was thinking at the moment the picture was taken. Those first memories are just individual snippets though, and don’t form a consecutive continuous story.

That all happened in October 1986. Looking back, I wouldn’t classify the event as one that had a very traumatic impact on me. But, because I started to remember everything that happened after those particular days in a consecutive order, I think little me must have processed it as something very extreme.

I was born in a small South American town where at that time 90 percent of the population worked for an American mining company. By  outsiders this little town was seen as a state within a state, because even though we had a local government in place, the most pressing decisions were made by “the Americans”. If was because of this special American status that, when a civil war broke out in the region, people thought that the rebels wouldn’t dare to attack the town. “Who would want to anger “the Americans”, they know better than that, haha..”. One of those people was my father. My mother on the other hand was skeptical, and one of the snippets I remember is her urging my father to leave because the rebels had attacked or taken over towns in our district, and they were getting closer and closer. But he nonchalantly laughed and reassured her that nothing would happen. I remember that at one point some of my clothes were kept in this brown leather suitcase that she had packed just in case. This all happened just before I was to start preschool, because another snippet I remember was my mother calling me to show off to visiting guests the blue and beige vacuum flask and backpack I was going to use for my very first year at school.

After I had been in school for maybe a week, I remember standing with my family on our balcony that faced a main road. They were looking at something that was going on outside, confusedly asking each other what was going on. Initially I couldn’t see what they were looking at, because I was too short to see over the balcony railing. I then remember grasping the railing while standing on my toes. And then I saw it, too. An exodus of people, most if not all belonging to the same ethnic group the rebel leaders belonged to. A sea of women with babies on their back,  little children, men, some with freight, but most without,  all of them agitatedly talking and walking, some even running down the road. They were headed to the nearby river where you could take boats to smaller neighboring villages.  I was too little to comprehend what was going on, but I vividly remember feeling like something bad was going to happen, and I can still remember the instant urge I felt to duck behind the balcony railing and hide.

My next memory is of the following morning. I don’t know why both my father and I were still at home, when I had to go to school and he had to be at work. I also don’t remember where my sister was. I only remember my mother running into the house in a panic and frantically telling  my father that we had to leave immediately. She had gone to work, only to find out that the rebels had attacked our town and had set her place of employment on fire. So we hurriedly packed up everything that could fit in the trunk of our station wagon, including the brown leather suitcase and we just drove away. We would never return to live there again as a family.

From that point on my memories start to be consistent. I don’t remember the drive from that small town, but then again, at that age I would always fall asleep during long trips. According to my sister it involved several checkpoint along the way, where soldiers with Uzis would go through our scarce belongings. But I do remember us staying that first night at my aunt. I remember us sitting in my aunt’s living room and my mother telling her everything that happened. I also remember yellow sheets with some sort of cartoon print on it, and mattresses on the floor. I remember us moving in with my grandmother afterwards, where we would stay for at least a year. My mother, my sister and I would share what was initially my grandmother’s bed. She moved into another room, my father moved into my uncle’s room, and my uncle, bless his heart, slept down stairs in what was a storage room. Because of his work, my father went back to that small town after situating us, and I also remember him coming back to the capital where my grandmother lived on the weekends. I remember having conversations about Thundercats through the holes in the fence with a neighbor boy. I remember it all.

That whole period at my grandmother’s house must have been very stressful for my parents, but for me it was as if I was at this long never ending slumber party. Of course it helped that my grandmother was the sweetest, most patient grandmother that I could have wished for, and my uncle was my big gentle giant buddy.

Having a civil war as a childhood memory is never good, but I’d still say that most of my childhood memories have been pretty good. I can’t complain.